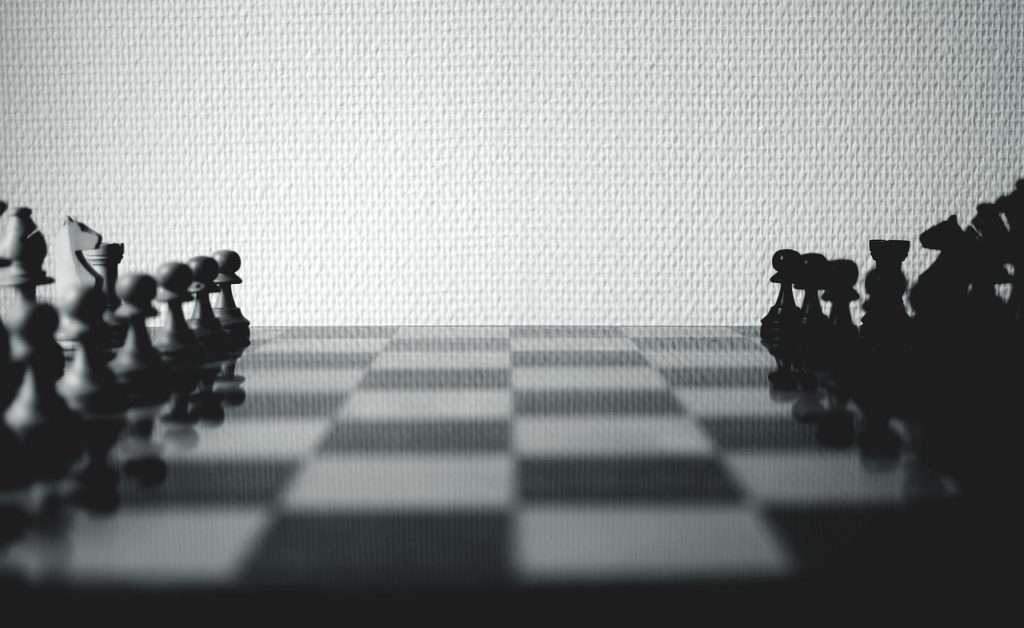 This past weekend, the Consumer Financial Protection Bureau (CFPB) erupted into chaos as two leaders were appointed as the agency’s acting director. The chaos continues this week between the two acting directors with aggressive emails, donuts and a requested restraining order.

So is this a power play? Or a legitimate stance? Either way, there is no doubt that it’s going to be a long legal battle with, once again, the taxpayer picking up the bill. The sides have been chosen, the siege is on and each side claims they are on the right. Yet what does the law have to say?

The furor is heated, ongoing and has taken over the news. The soap opera started shortly after Richard Cordray, former head of the CFPB,  resigned last week Friday, and designated the agency’s chief of staff, Leandra English, as his replacement, citing specific language in the Dodd-Frank Act, which created the CFPB in the wake of the 2008 financial crisis.

In reply, Ms. English filed a lawsuit in federal court Sunday night in an attempt to stop the Trump administration from running the bureau while the White House finds a permanent nominee to head the CFPB. In spite of her actions, Mr. Mulvaney, arrived at the Consumer Financial Protection Bureau on Monday to assume the job of acting director after the agency official sued to block President Trump’s actions. Both Mr. Mulvaney and Ms. English have claimed the acting director job.

As of Tuesday night, it appeared that the first round of the fight to see who will run the CFPB has been won by President Trump’s Mulvaney.

Federal District Judge Timothy J. Kelly declined to grant the emergency restraining order requested by Leandra English, which would have blocked President Trump from appointing Mulvaney as acting director of the CFPB. The judge, who was appointed by President Trump and confirmed in September, said that the language in the Dodd-Frank act did not supersede that in the Federal Vacancies Reform Act.

Leandra English has vowed to appeal and this looks like it is only the beginning of a protracted legal battle over who will be the acting director of the CFPD.

Her suit and the resulting Federal District Court decision may well touch off a legal fight that will trigger court interpretations on how different statutes regarding succession apply to the unusual struggle over control of a federal agency. Ms. English wants the court to decide that the Federal Vacancies Reform Act doesn’t control the appointment of a temporary CFPB director.

Regardless, there are some conflicts regarding his ”appointment.”  Previous to the appointment, Mr. Mulvaney has called the CFPB a “sad, sick joke” and had called for an overhaul of the agency, including curtailing its budget. This last Friday, he stated “Americans deserve a CFPB that seeks to protect them while ensuring free and fair markets for all consumers.”

Sen. Dick Durbin (D., Ill.) said the CFPB, “is a watchdog agency, Wall Street hates it like the devil hates holy water, and they’re trying to put an end to it with Mr. Mulvaney stepping into Mr. Cordray’s spot.” Another point of view is that of Sen. Lindsey Graham (R., S.C) who thinks Mr. Trump is on “good ground here to appoint somebody under the vacancy statute.” The agency, he said, “is the most out of control, unaccountable federal agency in Washington,” and he hopes Mr. Mulvaney will “ride herd on these folks.”

President Trump himself tweeted, “The Consumer Financial Protection Bureau… has been a total disaster as run by the previous Administration’s pick. Financial Institutions have been devastated and unable to properly serve the public. We will bring it back to life.”

There are several issues involved. One is the language of Dodd-Frank, which says that the bureau’s deputy director will serve as acting CFPB director in the “absence or unavailability of the director.” Another is the earlier Federal Vacancies Act, which generally gives the president the power to appoint any Senate-confirmed individual to the temporary leadership of an independent agency.

One of the questions is whether Dodd-Frank, which was more recently enacted, supercedes the Federal Vacancies Act. Another is the Trump administration may argue that Cordray’s voluntary departure doesn’t count as an “absence or unavailability.” “The question turns on whether resignation means unavailability,” said Andrew Sandler, chairman and executive partner at Buckley Sandler. “It’s a real legal issue.”

Global law firm Mayer Brown, the 15th largest law firm in the U.S., sided with Trump in its Consumer Financial Services Review blog. The firm says the law is clear – Mulvaney is the acting director of the CFPB. They cite: But another federal law also addresses authority to fill vacant positions on a temporary basis—the Federal Vacancies Reform Act, enacted by Congress in 1998. As the Supreme Court explained in a recent decision, this statute sets limits on the appointment of individuals on an acting basis—because Congress perceived a threat to the Senate’s advice-and-consent power from the large number of individuals serving in a temporary capacity in offices for which permanent appointments would be subject to Senate confirmation.”(For Mayer Brown’s full analysis, click here).

Senate Democrats claim that Dodd-Frank trumps the Federal Vacancies Act, including Sen. Elizabeth Warren, (D, MA). who pointed out one line in Dodd-Frank which gives the CFPB direction in absence of the director. “There is established the position of Deputy Director, who shall – (A) be appointed by the director; and (B) serve as acting director in the absence or unavailability of the director.”

Nina Mendelson, a professor at the University of Michigan Law School agrees, “My sense is that it’s the CFPB’s own statute that governs here.” The Progressive Campaign Change Committee claims President Trump is breaking the law by installing Mulvaney as the director of the agency without Congressional approval.

“This will be like the situation where you had two popes,” said Jeff Hauser, executive director of the Revolving Door Project at the Center for Economic and Policy Research.

And Barney Frank, the former chairman of the House Financial Services Committee and an architect of the Dodd-Frank Act, himself said the 2010 law was deliberately written to prevent the president from naming an interim director: “It was part of an overall suite of arrangements to give the CFPB as much insulation as you could give a federal agency.” In an interview with POLITICO, Mr. Frank said, “The procedure that Rich Cordray followed was very specifically put into the law to preserve the independence of the CFPB.”

So does Dodd-Frank ultimately trump the Federal Vacancies Act? Or is this all a political football to further the Trump administrations’ endgame of dismantling regulations and giving more power to the government and Wall Street?

Regardless of where you stand, get more facts, know what the issues are and get involved. Sitting this “game” out is not in our country’s best interest. It’s going to cost!

Consumers are Mad as Hell – The Big Banks Have Won Again!
Justice is Not Being Served – Once Again, What a Surprise!!
If You Check the Box …You’ve Given Away Your Rights! But CFPB is Coming to the Rescue!

THE SEC: Real whistleblower retaliations or sore employees?
Happy Thanksgiving!
Ethics on your mind? Subscribe to my ezine to get my latest article delivered right to your inbox. Click Here to Subscribe 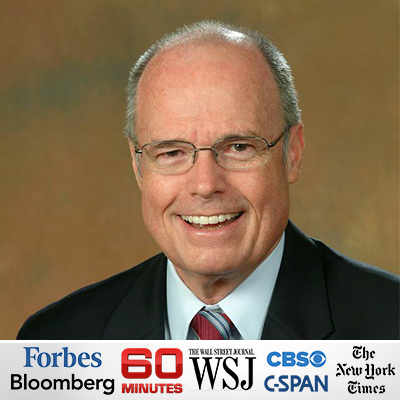 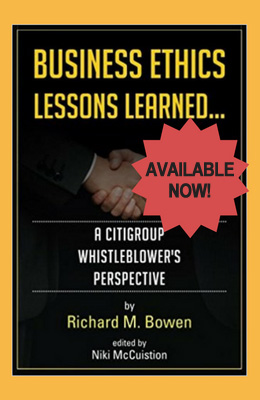 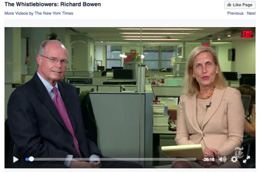 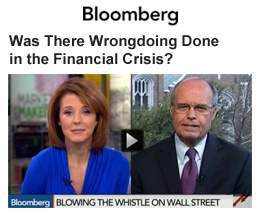 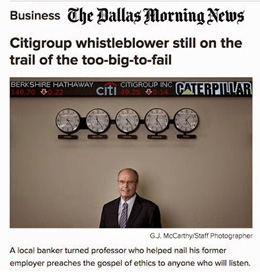