Are you worried that your company is going to end up on the front page of the Wall Street Journal as one of those companies that did something very wrong? 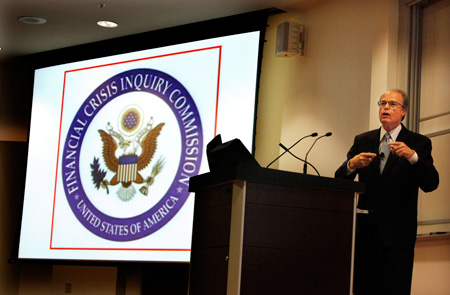 Do you fear that your employees won’t make the right decisions when they are faced with an ethical dilemma?

Do you want to encourage an atmosphere where your team members feel safe to speak up when they think something is wrong?

Richard M. Bowen is one of the best known whistleblowers in the Citigroup banking scandal. He speaks about how to infuse organizations with better ethics and sound leadership.

You can read more about Richard on his ABOUT page.

Every program is individually designed to meet the needs of the audience so they may:

Because of his experience at Citigroup, Richard wants to share his message with others so that other employees are not pressured to keep silent or face termination when they speak up about something being done wrong.

Are you doing everything you can to ensure that your employees know where your leadership team stands on these issues?

Bringing ethical leadership speaker Richard Bowen in to address your group will speak volumes to them about your values.

“Richard Bowen reinforced my motto that “there is no right way to do a wrong thing.” Long after his presentation, the conversation has continued about personal responsibility and the courage to challenge things that appear to be wrong. We encourage this dialog and rely on it to help make our business stronger.”

To discuss your specific meeting objectives, email Richard@RichardBowen.com, phone him at 214-604-5492, or use this handy contact form.

Richard Shares the High Price of Silence – GO TO JAIL!

Richard Bowen is THE speaker you need if you want to create a more ethical culture in your organization. Check out the videos below.

His most popular presentations include: 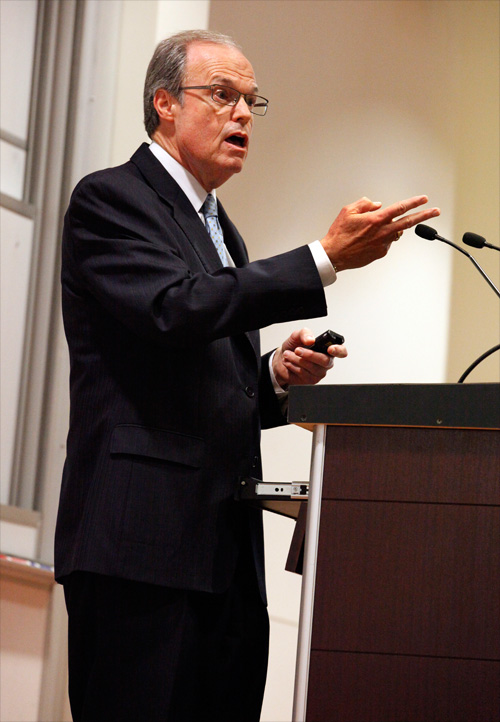 The financial debacle of 2008 and the fallout it caused to our economic infrastructure has prompted increased concern of corporate moral and social responsibility and increased scrutiny of organizational behavior and the lack of ethical leadership exhibited by companies we previously held in high esteem.

There is a zero tolerance and societal concern towards unethical behavior. Unethical behavior has a high cost: lack of trust on the part of customers, the public as well as employees. Diminishing loyalties mean fewer profits and less engaged employees.

Based on Richard’s true life experience and client case studies, this no holds barred presentation focuses on the costs of unethical leadership and the steps an organization needs to take to instill guiding principles that become part of the corporate culture. It points out the slippery slope that leads to a lack of ethical culture and how to prevent this from happening within your own organization.

As a Business Chief Underwriter for Citigroup during the housing bubble financial crisis meltdown, Richard saw fraud firsthand inside the organization. He saw the company certify poor mortgages as quality mortgages and sell them to Fannie Mae, Freddie Mac and other investors.

For two years, Richard repeatedly warned executive management and the board of directors and was ignored. Eventually he was stripped of all responsibilities, placed on administrative leave and told his presence was no longer required.

Richard has testified before the Securities and Exchange Commission and the nationally televised Financial Crisis Inquiry Commission. He has been interviewed by major venues from 60 Minutes to the New York Times and widely quoted in numerous articles and pieces of legislation related to the mortgage meltdown.

He is concerned that we have not learned from the 2008 financial meltdown and are again headed in the same direction, with Citi writing directives that Congress is accepting that will loosen credit standards once again.

He incorporates the harrowing story behind Citi and what led to his whistleblowing with lessons taken from his 35 years of businesses experience to give insights into how to prevent fraud and another financial crisis of even bigger dimensions.

“Richard Bowen has been there, done that, and has the scars to prove it, and his message of corruption at the highest levels of industry and government needs to be heard. I only wish that more bankers had the courage that Bowen exhibits. He is not only one of the most talented bankers I have ever met, he has more integrity than all the bankers on Wall Street put together. If his former employer had listened to him taxpayers would not have had to bail out Citi for the third time in the last 30 years.”

“Richard’s speech at the April Financial Executives International dinner was informative, interesting, riveting, and fast moving.  The feedback from members was overwhelming positive, and Richard received one of the few standing ovations given by our membership.”

To discuss your specific meeting objectives, email Richard@RichardBowen.com, phone him at 214-604-5492, or use this handy contact form.