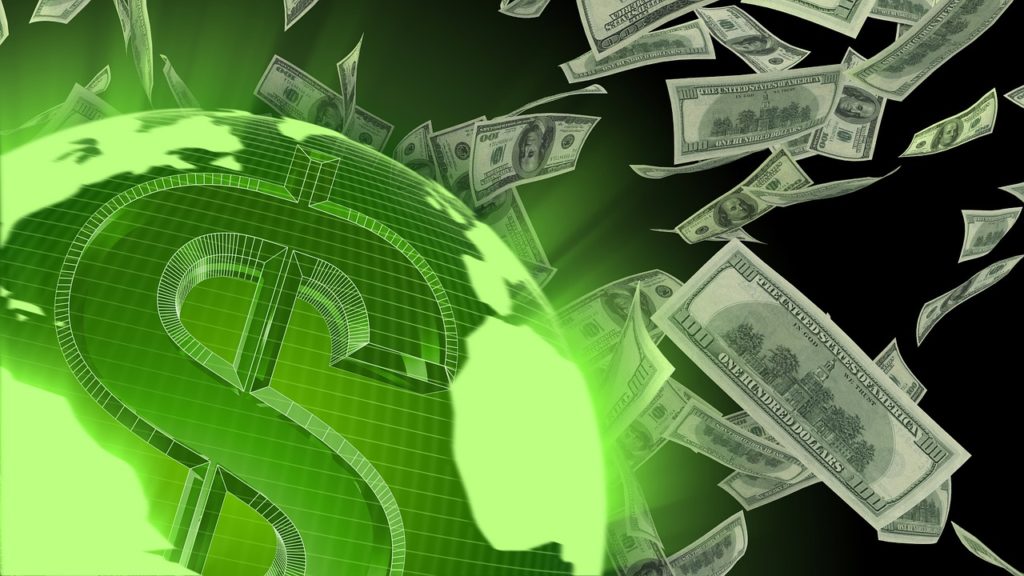 So who will really benefit from the latest tax cuts and overseas repatriation?

Will companies invest more in their employees and infrastructure so the middle class and society as a whole benefit or will the rich get richer and companies use the “tax gifts” to buy back more stock and engage in the financial engineering  that artificially increases the market value of their stock, an often repeated gambit when tax breaks are given?

With repatriation, President Trump’s administration’s intent is to give companies a break on profits earned overseas and brought back to the United States. Current estimates put the total stockpile that U.S. firms are holding abroad so as to avoid U.S. taxes at somewhere in the $2.5 trillion range. As part of this tax bill, corporations will be able to bring back the trillions of dollars they have overseas at a much lower tax rate than current law.

According to Treasury Secretary Stephen Mnuchin, the White House wants to simplify the tax code and lower the amount most Americans pay. “It will be a very competitive rate that will bring back trillions of dollars.”

Tim Ghriskey, managing director at Solaris Asset Management claims, “The chances are high that we could finally see a pick-up in the S&P companies increasing their capital spending. The outlook is rather bright.”

According to some reports which favor the tax cuts and the use the funds might be put to, we can expect a virtual “stampede  of companies handing out bonuses, raising pay, spending on capital projects and giving to charities, with the windfall from the newly passed corporate tax cuts.”

A handful of companies are part of the so-called stampede, including Boeing which announced $300 million in employee-related spending and charitable donations; AT&T, which said it would give more than 200,000 unionized employees a special bonus of $1,000 once the tax bill is signed and  increase its capital expenditures by $1 billion; and  Fifth Third Bancorp and Wells Fargo who said they would raise their minimum wage to $15 an hour and give bonuses. Wells Fargo said it would give $400 million to community and nonprofit organizations next year.

Comcast, which owns CNBC parent NBC Universal, said it would pay 100,000 frontline and non-executive employees special $1,000 bonuses. The company also said it is making the move because of the FCC’s recent change in broadband rules and tax reform. It also said it plans to spend well in excess of $50 billion over the next five years on infrastructure improvements.

Dick Bove, banking analyst at Vertical Group, says, “This is exciting stuff. This is good. This is not just a whole bunch of guys saying I can buy back a lot of stock here and jazz up my numbers through financial engineering. This is a bunch of business leaders saying we can use this tax benefit to grow our company, keep our loyal employees and assist the community.”

“It looks like they are going to use that money to stimulate more employee loyalty by increasing spending. They are also going to get more liberal with their stock programs. They are going to increase philanthropic activity because it’s one of the ways they stimulate business,” he said. Mr. Bove believes that the fact companies have immediately given money to workers is a positive surprise, and it could boost the economy if enough do it. He expects other banks to follow with similar announcements.

“You’ll see more companies doing this,” said Quincy Krosby, chief market strategist at Prudential Financial. “It’s excellent PR after all the mantra across the aisle that it’s just a tax plan for the rich and for corporate America and for people who own stocks. … It’s a good PR move, giving back to the folks in the company.”…”It affects the psychology of the moment. Giving back to your workers. This was a major victory for corporate America,” she said of the tax cuts.

About 36 percent of corporate executives plan to increase capital investment in 2018, according to a survey compiled by Evercore ISI, four times more than in 2016. “After a more or less anaemic growth in capital spending, 2018 can be the year that makes a difference,” said Walter Todd, Greenwood Capital chief investment officer. “The tax reform gives a strong incentive for companies to invest more in growth.”

While many express the perhaps fortunate tax cuts outcomes, others are far less enthusiastic and point to previous tax cuts which resulted in massive stock buyouts. In 2004 President George W. Bush gave a “repatriation tax holiday.” That “repatriation tax holiday “brought back $312 billion in overseas profits which was used primarily to give cash back to shareholders. 9,700 companies were eligible and of that group, 843 firms participated which brought home about one-third of the total cash held overseas, according to the Congressional Research Service (CRS).

The CRS cited one study showing that 91 percent of that money went to stock buybacks. And, according to a Goldman Sachs analysis. stock buybacks jumped by 84 percent.

Does the past predict the future?

As part of this new tax bill, corporations will be able to bring back trillions of dollars parked overseas, with $86 billion announced so far this month. Democrats claim the bill favors only big business and the already rich, and Senate minority leader Chuck Schumer’s (D-NY) office circulated a list of companies that announced buybacks.

To date, 29 companies announcing buybacks include some of the biggest in the world. Home Depot, Oracle, Honeywell, Bank of America, Anthem, Boeing, MasterCard, and United Airlines have announced $70.2 billion in stock buybacks, a staggering transfer of wealth from taxpayers into the pockets of big business and the already wealthy. This financial reengineering allows for a company to use its company cash to buy its own shares. This results in an increase in the price of these shares which in turn go into the pockets of major investors and executives whose compensation, by the way, is directly tied to the company’s stock price.

In a statement accompanying the Senate Democrats’ report, Sen. Elizabeth Warren (D-MA), said, “This plan will do nothing to stimulate the economy or raise wages — but it sure will make a bunch of rich guys a lot richer.”…“Corporate CEOs have made clear that the massive tax giveaways in the Republican plan will not be passed on to workers but to rich investors — including the wealthy foreign investors who own about a third of the shares in American companies.”

Opponents are predicting the tax windfall will allow companies to “shower money on shareholders through buybacks.” They say it’s a potentially divisive issue and President Trump’s “vision of freed up cash coursing through the economy as a new investment will prove a costly delusion.” Let’s hope the tax cuts do not lead companies down this path again.

In a previous post on Danielle DiMartino Booth’s recent book, FED UP, I quoted Ms. Booth as saying that companies in the S&P 500 expended more than $2 plus trillion to buy back their stock in 2014 and 2015. This drove down investment in research and development and capital expenditures as it is R&D and capital expenditures which ultimately drives the growth of companies and thus employment.

Stock repurchases do not accomplish anything productive and are for the short term, as contrasted with capital expenditures, which are typically made for increasing long-term productive assets and are thus “investments” in the company’s future.

My hope is that taxpayers will be able to see the benefits and invest their savings so as to build an even more robust economy they themselves have a part in. I have no crystal ball. Unfortunately, only time will tell the outcome of this latest tax cut and who will ultimately benefit.

Don’t Pop Open the Bubbly Just Yet! This Market Buying Activity Used to be illegal
It’s the Payouts, Stupid!
FED UP… An Insider’s Take On Why The Federal Reserve Is Bad For America
The White House Flouts Ethics Rules

The House the Revolving Door Built
Wall Street, The Fed and Ethics!
Ethics on your mind? Subscribe to my ezine to get my latest article delivered right to your inbox. Click Here to Subscribe