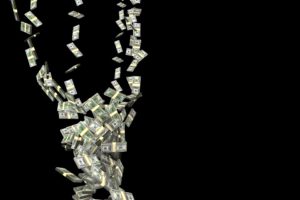 In the last 10 years, the collapse of so many of our financial institutions and the subsequent bailouts prompted the passing  of regulations that many hoped would cure further bank and corporate mishaps and prevent scandals and fraud.

Yet did they? An article by three professors, Luzi Hail, PhD., the Wharton School, Ahmed Tahoun, PhD.,  the London Business School, and Clare Wang, PhD., the Tippy College of Business at U of Iowa, for the Institute for New Economic Thinking makes a provocative case that, in fact, regulations prompt more misbehavior.

In the article, “How Well Does Financial Regulation Work?” – What 200 Years of Government Interventions in Financial Markets Can Tell Us,” the authors state, “financial crises have long been a feature of our system. There’s a discernible pattern: Scandals are followed by regulation, only for a new set of scandals to emerge thereafter. They ask, can the cycle can be broken?”

They mention  former Federal Reserve Chairman Paul Volker’s comments  to the members of the Economic  Club of New York on April 8, 2008, in which he pointed out  that Bears Sterns rescue by JP Morgan Chase and the Fed’s actions “implied promise of similar action in times of future turmoil.”

Recall that it was the Fed’s intervention as “the start of a cycle of institutional collapses and bailouts that defined the 2008 financial crisis.” They quote Mr. Volker that such crises have in fact been a “recurrent feature of free and open capital markets” and that “any return to heavily regulated, bank-dominated, nationally insulated markets is pure nostalgia.”

The authors ask a very disturbing question: has anything been learned from our most recent financial crisis and, further, given the long history of government intervention in financial markets, have  financial regulations anywhere at any time been truly effective at curbing “mishaps?”

Their conclusion, as noted in their extensive published study: “It appears that regulations do not curb corporate misconduct, but today’s regulations predict an increase, rather than a decrease, in future corporate scandals. And the results cast doubt on the effectiveness of regulation from a public interest view.”

They point-blank ask readers to consider, “are regulatory interventions in financial markets delayed reactions to market failures, or can regulators pre-empt corporate misbehavior? Given the high economic and social costs associated with corporate scandals, and the substantial resources countries dedicate to preventing such misconduct, the answer to this question is of utmost importance”.

You’d think that effective regulations would prevent corporate misbehavior in the first place and, if not, at least correct mishaps and transgressions; however, such does not appear to be the case. What they found suggests that the evolution of financial markets plays a key role in shaping both corporate misbehaviors and regulatory action here and abroad. The bottom line: they found that no real evidence exists that regulations can actually curb corporate misconduct.

Instead, regulations may, in fact, be a strong predictor of future fraudulent behaviors — because firms are quick to adapt to the new rules and move their activities to unregulated areas, regulators rely on explicitly  laid-out rules to be able to identify and prosecute corporate wrong doing or because  the new regulations have unintended consequences.

In an earlier article late last year the same authors ask: Can regulators proactively pre-empt corporate wrongdoing before it occurs? And do they detect and rectify actual misbehavior in a timely and persistent manner? They point out:

(i)Corporate scandals are an antecedent to regulation over long stretches of time, suggesting that regulators are typically less flexible and informed than firms.
(ii) Regulation is positively related to the incidence of future scandals, suggesting that regulators are not fully effective, that explicit rules are required to identify scandalous corporate actions, or that new regulations have unintended consequences.
(iii) There exist systematic differences in these lead-lag relations across countries and over time suggesting that the effectiveness of regulation is shaped by fundamental country characteristics like market development and legal tradition.

Looks like a chicken-egg proposition, scandals are followed by regulations only for a new set of scandals to break out which leads to more regulations! In a Naked Capitalism post, Yves Smith says, “this post reaches an important but disheartening conclusion, that financial regulation often does not work because it is reactive and clever financial players find ways to skirt regulations.”

Ms. Smith advocates that “finance is best kept firmly leashed and collared…we need a systematic approach to regulations rather than one off moves.” But, she says, “the notion that financiers can safely be left to their own  devices is so firmly ingrained that that is not going to happen anytime soon.”

Why did Willie Sutton rob banks? Because that’s where the money is!

I’m reminded of the recent article I wrote regarding Chairman of the Senate Banking Committee Chairman Senator Mike Crapo’s (R-ID) proposal of a major rollback of the 2010 Dodd-Frank Act, The Economic Growth, Regulatory Relief, and Consumer Protection Act. and the workaround the larger banks are already trying in order to get around its restrictions! Wall Street has already whittled down the 2010 Dodd-Frank financial reform legislation by a thousand cuts.

So, if regulators are less flexible than the companies they are attempting to regulate and they react to, rather than prevent corporate misbehavior, well what’s the point? If there is no real evidence that regulations curb corporate misconduct and the opposite is, in fact, the case, how do we come up with a solution?

On Wall Street, amongst regulators, government agencies and the attorneys who go to bat for the corporate wrongdoers, who is going to take a stand when they know they will need their cronies’ approval and approbation in their next position? The practice of Wall Street executives cashing out early and thus being rewarded when they take government jobs surely prevents enforcing of regulations.

Well, if you’re coming back to play on Wall Street, you sure don’t want to alienate your banking buddies by prosecuting them for fraud and intentional wrongdoing. Heaven forbid you would hold them accountable!

You don’t put your friends and colleagues in jail, you just circumvent the rules. My hat’s off to the authors for their extensive research. Disheartening? Yes. Enlightening? Yes, yet are regulations of any kind futile? Or, do we have to have checks and balances to keep some semblance of ethics and the right path in place?

Robin Hood and the Too Big To Fail! Is He Too Late to Help on the Crapo Bill?
The Bank Foxes are Guarding the SEC Chicken Coop!
Why Are Wall Street Bankers Taking Government Jobs?
The Wall Street Merry-Go-Round Revolves Again!

Finally! There’s a Corporate Ethics Revolution Going On - PwC CEO Survey Results
What do Edward Snowden, Frank Serpico, Daniel Ellsberg, and Richard Bowen Have in Common?
Ethics on your mind? Subscribe to my ezine to get my latest article delivered right to your inbox. Click Here to Subscribe