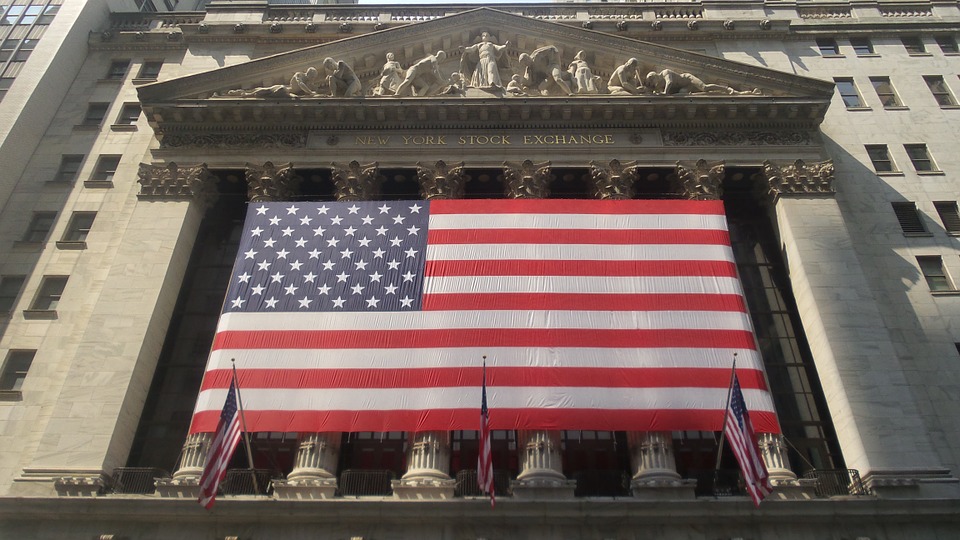 There is something wrong with this picture! What are we missing here? And when will we try to hold politicians and government, not just bankers and investors, accountable?

A recent Wall Street Journal article proclaims “Banks Get Kinder, Gentler Treatment Under Trump.” It points out that regulators are asking examiners to adopt a less aggressive tone when flagging risky practices.

So the Federal Reserve’s Randal Quarles and the Federal Deposit Insurance Corp.’s Jelena McWilliams—“aim to change policy in a subtle but significant way and reshape regulators’ relationship with banks, which officials have said was too contentious during the Obama years that followed the financial crisis.”

As a candidate for President, Mr. Trump ran a campaign promising protections for American workers from system abuses.

He slammed Wall Street for “getting away with murder.” He vowed to break up the big banks and force the finance guys to pay higher taxes. His final campaign ad showed ominous photos of the New York Stock Exchange and the CEO of Goldman Sachs and proclaimed it was time to put an end to the political and business elites that have “bled our country dry.”

Since then the administration has embraced Wall Street and stocked the cabinet with former Wall Street CEO’s, and the rhetoric of breaking up banks has resulted in rolling back a lot of regulations that were put in place to prevent another banking crisis.

So slowly but surely the present administration has been chipping away at regulations.

The issue is much broader, by far than the watering down of regulations one at a time. In a prior article, I mentioned David Dayen, the author of Chain of Title: How Three Ordinary Americans Uncovered Wall Street’s Great Foreclosure Fraud,  who  warns us that the present administration’s zeal for financial deregulation could lead to an economic crisis.

He quotes a  working paper, published by the International Monetary Fund this past January, which provides empirical support for the idea that large-scale deregulation generates a financial crisis.

Brilliantly prepared by Jihad Dagher, Regulatory Cycles, Revisiting the Political Economy of Financial Crisis, is a thorough, well-documented exploration of boom and bust cycles worldwide over the last 300 years, with an emphasis on regulations in banks and other credit issuing institutions.

Mr. Dagher offers a quote that is worth more consideration: The economic role of the state has managed to hold the attention of scholars for over two centuries without arousing their curiosity. (George Stigler, 1964).  Mr. Dagher suggests, perhaps we need to more closely look at the “politicians whose policies sometimes fan the flames.”

My friend and colleague, William K. “Bill” Black also dissected the Wall Street Journal article  this last week and provided an insightful look at the dangers the present administration’s softening on deregulation poses. Bill, the author of The Best Way to Rob a Bank is to Own One, is an associate professor of economics and law at the University of Missouri-Kansas City, and a co-founder of Bank Whistleblowers United.

He says the article published on December 12, 2018 should warn us of coming disaster: He reminds us that the last time a regulatory head lamented that regulators were not “kinder and gentler” promptly ushered in the Enron-era fraud epidemic.

He points out the October 22, 2001 address to a group of accounting leaders Harvey Pitt, then Securities and Exchange Commission (SEC) Chair gave to a group of accounting leaders. The second sentence of Pitt’s speech bemoaned the fact that the SEC had not been “a kinder and gentler place for accountants.”  Mr. Pitt concluded his first paragraph with the statement that the SEC and the auditors needed to work “in partnership.”  Reiterating that point he went on to say, “We view the accounting profession as our partner” and amped it up by calling accountants the SEC’s “critical partner.”

The details in this article are shattering. Bill continually points out the lying, cheating and fraud this stance promoted. Mr. Pitt goes on to say. “I speak for the entire Commission when I say that we want to have a continuing dialogue, and partnership, with the accounting profession.”

As Bill points out, Pitt was blind to the ‘accounting control fraud’ epidemic that was raging at the time he spoke to the accountants.  Thousands of his putative auditor ‘partners’ were getting rich by blessing fraudulent financial statements and harming the investors that the SEC is actually supposed to serve.

He goes on to cite example after example of continued abuses, one being the comments made by Bob Stone, appointed by Al Gore  to carry through Bill Clinton’s war on effective regulation called “Reinventing Government.” Stone an anti-regulator told Gore, “Do not ‘waste one second going after waste, fraud, and abuse,’ VP Gore was told.

Since elite insider fraud is, historically, the leading cause of bank losses and failures, Stone’s advice to embrace the defining element of crony capitalism as its signature mantra for its war on effective regulation was sure to lead to devastating financial crises.

Bill, himself a former regulator, left government as a result of continual abuses in language and action which he observed. His comment, ”Crony capitalism’s core principle – which is unprincipled – is that the government should treat elite CEOs as their ‘customers’ or ‘partners.’  A number of us publicly expressed our rage at the corrupt order to treat CEOs as our customers.  The corrupt order caused me to leave the government.”

“Our purpose as regulators is to serve the people of the United States – not bank CEOs.  It was disgusting and dishonest for Peters to claim that our objection to crony capitalism represented our (fictional) disdain for serving the public…  Many of us paid a heavy personal price because we acted to protect the public from these elite frauds.  Our efforts prevented the S&L debacle from causing a GFC [Great Financial Crisis] – precisely because we recognized the critical need to spend most of our time preventing and prosecuting the elite frauds that Stone wanted us to ignore.”

So do we listen? To paraphrase Bill, “The last time a regulatory head lamented that “regulations were not kinder and gentler” landed us in the financial crisis that almost destroyed our and the world’s economy.

His historical perspective to deregulation and the politics of previous administrations, combined with what is appearing to be the present administration’s stance is chilling.

The critics of deregulation say, friendlier examiners could blunt the effect of post-crisis rules, giving banks more freedom to engage in riskier practices.  That the Comptroller of the Currency calls banks ”his customers”… and that he has “empowered examiners to use their expert judgment in the ongoing supervision of banks…  while working to reduce the unnecessary burden of specific regulations and requirements,” is ludicrous and frankly dangerous.

As the IMF paper studying financial crises over 300 years clearly shows — we have a continual cycle of crisis, then regulation, then times are good so we have deregulation, with accelerating deregulation always immediately followed by crisis once again.

We are deliberately dismantling those regulations put in place after the crashes to prevent said from recurring and once again allowing Wall Street banks to have free rein, even though they have proven themselves throughout history as titans of greed and fraud. They have not acted prudently. They have not acted with integrity and once again the desire for profits at all costs is taking us toward another big financial shock.

Brace yourself for another wild ride!

– Which Is It? Big Banks Get a Break or Here Comes Another Recession?
– The Cycles of Boom and Bust – Do Regulations Help or Hurt?
– Is the Banking Wild West Coming Back?
– Glass-Steagall: Come Back Before It’s Too Late. Again!

Stock Buyouts are Tilting the “Apple” Cart!
Best wishes for a wonderful holiday
Ethics on your mind? Subscribe to my ezine to get my latest article delivered right to your inbox. Click Here to Subscribe