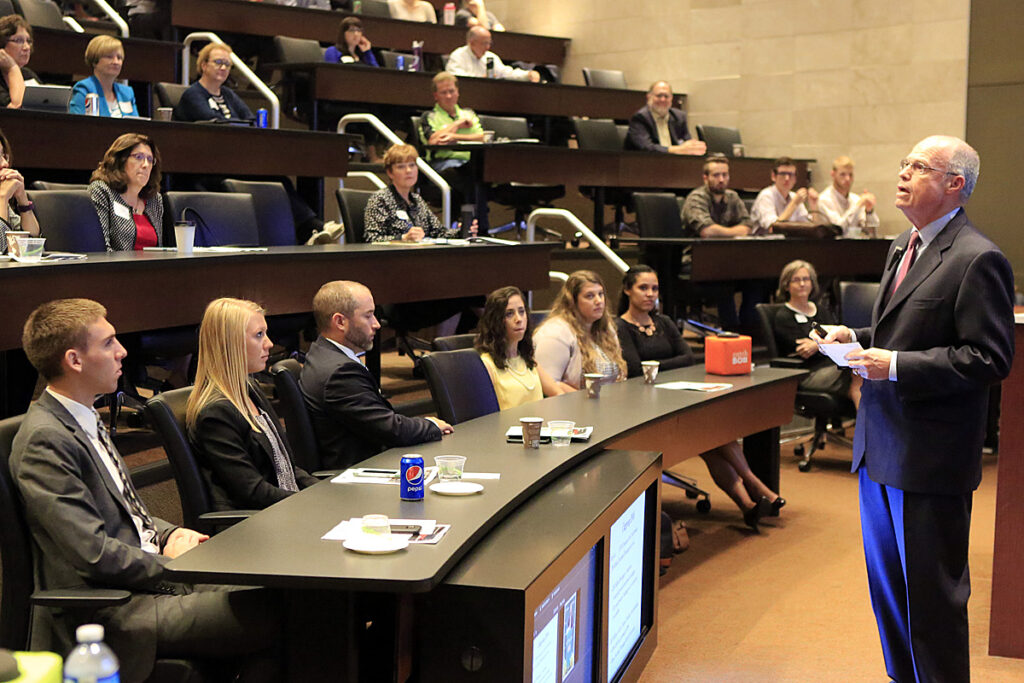 This week I had the opportunity to speak to the University of Nebraska at Omaha for their fifth annual Accounting Speaker Series.  Close to two hundred accounting alumni as well as business school students taking ethics courses attended. Many of these young men and women would be auditing company books. Many would see red flags that would need to be looked at more closely.

I talked about the importance of speaking up about what they might find that is not up to standards and why this was so critical. And I used my own war story as an example. They had heard this critical message about speaking up two years ago when Helen Sharkey spoke to them of her experience. My message reinforced hers.

Newly hired by Dynegy, an up-and-coming energy trading company in Houston, Ms. Sharkey saw what she perceived as wrong doing, and did not speak up as a result of her newness to the role she was in and that the “mistake” was made by her boss. Her failure to speak up to authorities  branded her as complicit in securities fraud and Ms. Sharkey spent twenty-eight days in  a maximum security  prison, just two months after giving birth to  twin boys. Her bosses got off scot-free.

I warned the audience that speaking up has a price – loss of a job, being black balled in your profession; yet not speaking up had penalties as well – as Ms. Sharkey’s experience could speak to. And if they didn’t speak up and still saw wrongdoing then it was time to polish up their resume and leave the company for one with higher ethical values.

I referred to Dr. Dan Ariely, the James B. Duke Professor of Psychology and Behavioral Economics at Duke University and the author of The ( Honest) Truth about Dishonesty, who said that if there is a conflict of interest and one has a personal stake in one of the outcomes, then human nature tends to favor their personal interest even if one has had training in codes of ethics. And even when there is training in ethics and a code of conduct, if employees are not really expected to follow the code and act ethically, then they often do not do so.

I spoke about my experience at Citigroup, reminding them that it was a little over ten years ago that Citi paid over $ 5 billion in fines and settlements related to questionable practices with Enron and Worldcom, and not much has changed.

Ironically, Citi had hired a senior officer in charge of ethics. We called him the “ethics czar.” Citigroup supposedly had implemented a stringent code of ethics, we all received annual ethics training, and still our code of ethics was just lip service. Everyone knew that that wasn’t really how things worked, so why bother following the code?

Overall, many employees of our largest banks knew of the deception their companies were involved in; some attempted to warn senior management of potential fraud. If the banks had followed their own published ethics policies and codes of conduct and actually listened to their employees then the 2008 financial crisis might have been averted.  However employees saw the treatment others who spoke up had received and most opted out of speaking up. 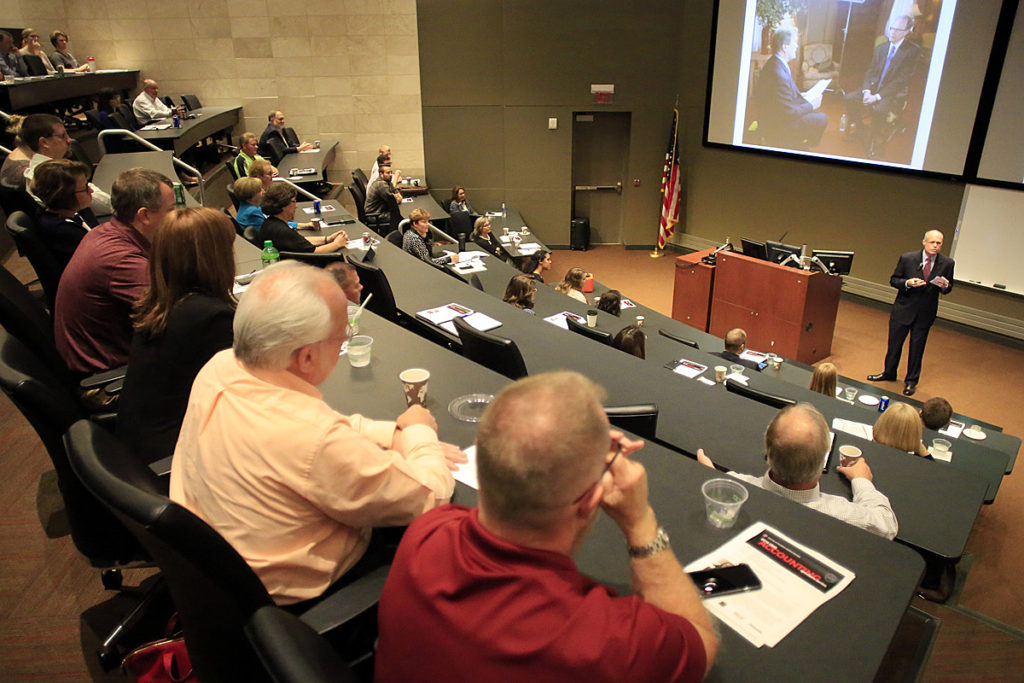 A recent example of this is the Wells Fargo situation. Wells Fargo supposedly engaged in retail banking practices that enrolled customers in services they did not ask for or want.

Among others, CNNMoney is hearing from former Wells Fargo (WFC) workers around the country who tried to put a stop to these illegal tactics. Employees who spoke out paid dearly for trying to do the right thing: they were fired.

They ruined my life,” Bill Bado, a former Wells Fargo banker in Pennsylvania, told CNNMoney. He said a branch manager on “many occasions” asked him to send out a debit card, “pin it,” and enroll customers in online banking — “all without the customers (sic) request or knowledge.” Those are precisely the same practices that regulators fined Wells Fargo for three years later and that senators grilled the bank over this week.

Mr. Bado refused orders to open phony bank and credit accounts. He also called an ethics hotline and sent an email to human resources in September 2013, flagging the unethical sales activities he was being instructed to do. Eight days after sending the email he was terminated for “tardiness.”

Wells Fargo says they have fired 5,300 employees over five years for engaging in these shocking “cross-selling” tactics. The bank earlier this month paid $185 million in penalties and has since apologized. The damage is done.

I also questioned the auditor’s capabilities who gave the largest institutions that failed or were bailed out clean audits. Were they asleep at the switch, stupid or in denial? How is it possible that Bear Sterns, Lehman Brothers, Washington Mutual, Fannie Mae, Freddie Mac, and Citigroup, to name a few, could have gotten clean audit opinions?

How is it possible that 800 senior bankers went to jail during the S&L and banking crisis in the late ‘80s where, across the United States, more than 1,000 savings and loans and banks failed? That debacle only cost the U.S. taxpayer $150 billion compared to the 2008 crisis which is anticipated to cost the U.S. taxpayer $24 trillion; yet, to date, not one of the major players has been prosecuted!

Dr. Ariely has stated that even if employees are exposed to codes of ethics and ethics training, if the corporate culture is such that employees are not really expected to act ethically, then you won’t get ethical behavior.

Like many of us, each accounting alum and business student in my audience last week will perhaps be faced with an ethical dilemma at some time. I asked my audience to continually remind themselves and remind others of their code of ethics; as the studies show that if we do so there is clear evidence of better behavior.

Speaking out is critical to stopping ethical violations that eventually cost us all… in our pocketbooks and most importantly, in our value system.

Snowden: Hero, Whistleblower or Traitor? Make Up Your Own Mind!
Senator Warren Calls Out the DOJ - They Ignored 11 Congressional Commission Criminal Referrals!
Ethics on your mind? Subscribe to my ezine to get my latest article delivered right to your inbox. Click Here to Subscribe